This website was built using the second incarnation of a content management system (or CMS) that I developed to jump start development of custom client websites (for my current employer).

The first incarnation of this CMS utilized the CodeIgniter php framework. The core system contained modules that managed administrative access, system settings, menus, widgets, and page content. The public facing website was responsive out of the box, meaning a website would optimized for viewing on mobile devices. I had also developed several add-on modules that could be installed on the system if needed. The modules added functionality for announcements, a blog, an event calendar, an inquiry system, a photo gallery, and newsletters. The previous incarnation of this very website used this version of the CMS.

Because of the waning popularity of the CodeIgniter framework, I decided to look into other php frameworks. The framework that stood out, and that I ended up choosing, was Laravel.

I started over from scratch with the second incarnation of the CMS, incorporating everything I have learned since building the first system. I included most of the same functionality that was in the first incarnation, but I improved upon it, making it more user friendly in the process. The add-on modules from the first system are now packages that can be pulled into a project via Composer when needed.

This site is the very first site that was built using the new incarnation of the CMS. My own websites will always be my testing grounds. :) 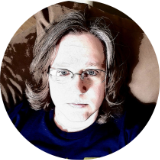